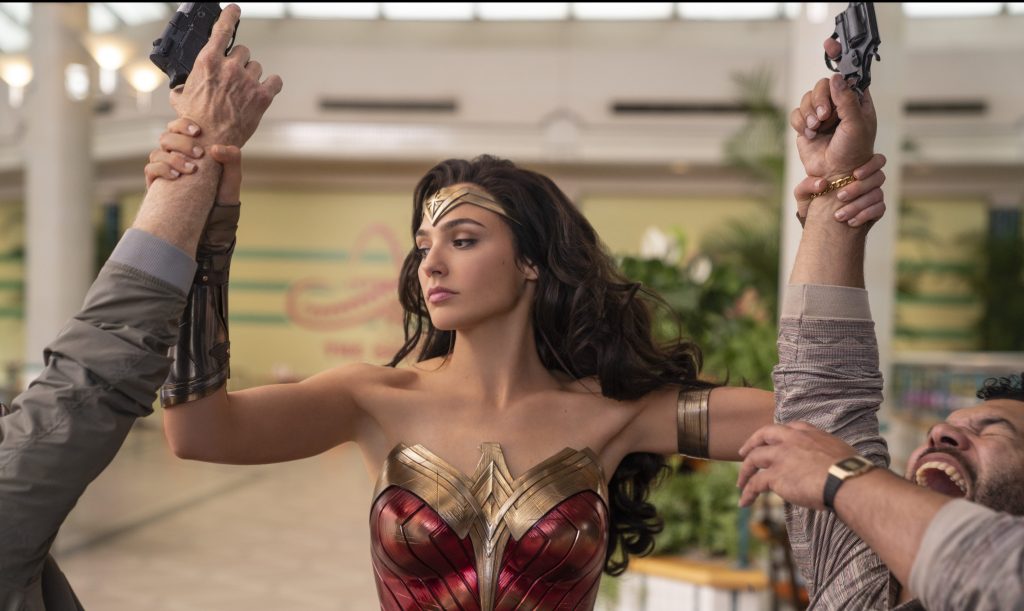 I’m hearing from several exhibition sources that Warner Bros. is going with Wonder Woman 1984 on Christmas Day in theaters and on HBO Max, same day. Warner Bros. would not respond for comment. A screenshot leaked online, and sources say it’s true. This is unprecedented for a big studio tentpole to hit streaming and theatrical at the same time –a bigger move than what Disney did with Mulan– and that’s because it’s a superhero franchise film, completely intended for theatrical release. No word on how this plays out abroad, but given that HBO Max is largely a domestic play, I figure overseas markets, which are open, will play the Patty Jenkins directed, Gal Gadot-Kristen Wiig movie on the big screen.

This is by far the biggest blast off of an IP on HBO Max to date, bigger than Warner Bros.’ Witches and Scoob!, which were both intended for theatrical. Warners appeases those exhibitors bravely staying open during the pandemic –and there are a lot who are being forced to shut down this weekend due to government COVID-19 restrictions, i.e. most counties in California including Orange County and Ventura, Michigan, Illinois, Oregon and Washington– and injecting some juice into its burgeoning streaming service HBO Max. Look out, Disney+, but you’ll have competition on Christmas Day when you show off Pixar’s Soul.

Many expected experimentation with movies during the pandemic, and we saw Disney move a lot to its streaming service, i.e. Mulan at a PVOD tier, but this is by far the biggest roll of a dice with Wonder Woman 1984, which cost a reported $200M. How Warners makes banks on this movie is anyone’s guess, and light candles and say prayers for this prized franchise’s theatrical potency moving forward. Specifically, could a threequel have the potential to be a huge B.O. success? Or is segueing this superhero film to streaming going to damage it? These are questions AT&T brass really don’t care about right now as they want to inject more eyeballs into HBO Max.

We’ll have more details as they unfold.