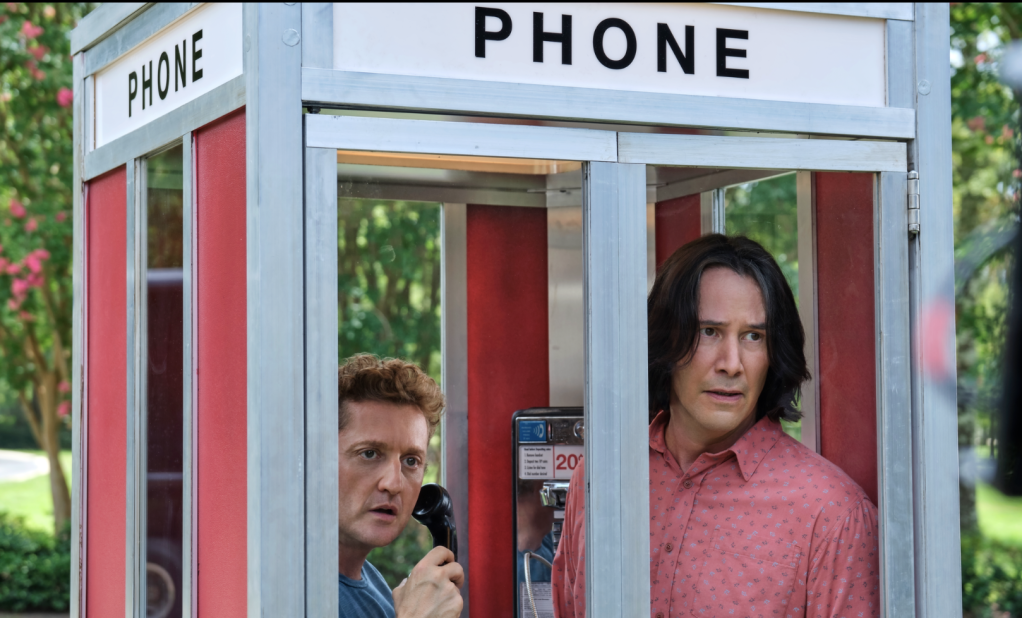 EXCLUSIVE: With the domestic box office still in the hospital, studios have been keen to make their finished films revenue events to the widest audience possible, maximizing profits by whatever means.

For MGM’s Orion that meant releasing the long-awaited Keanu Reeves-Alex Winter threequel Bill & Ted Face the Music on PVOD and whatever theaters would play it (as the top big 3 circuits and some mid-sized theater chains don’t play day-and-date theatrical PVOD titles; Bill & Ted 3 was booked at 1,007 theaters, its widest point on opening weekend). The pic in its stateside theatrical release via United Artists Releasing has grossed $3.3M since its Aug. 28 opening, but in the pic’s PVOD run sources tell us that Bill & Ted Face the Music has notched around $32M (close to 10x its domestic box office). The movie hit theaters on a weekend 62% of them were open. Bill & Ted Face the Music was available on PVOD for the price of $14.99.

The movie directed by Dean Parisot cost an estimated $25M, however, MGM didn’t finance the title, rather they took a domestic distribution for a fee in the low percentile vicinity of 15%. It’s important to note that MGM, as opposed to other studios that are sending their features to PVOD, had no skin in Bill & Ted Face the Music outside of $15M in estimated marketing costs. The studio, after its deal with cable and digital providers, will see an 80% take of Bill & Ted 3‘s PVOD monies for an estimated $25.6M. Out of that, comes MGM’s distribution fee of $3.8M, plus they’ll recoup the $15M ad bill. MGM was generous with those non-big circuit theaters who booked Bill & Ted Face the Music, some exhibitors telling us the split was quite favorable to them at 70%, which yields roughly $1M in theatrical rentals for the studio. That leaves Bill & Ted 3 with $7.8M in revenue before video and TV costs.

Still film finance sources agree this puts MGM in a good position to profit down the line, even if the outlook on downstream windows such as digital (Oct. 20) and Blu-Ray/DVD (Nov. 10) are opaque. Even though MGM didn’t have foreign on Bill & Ted 3, and the movie won’t benefit from its rich TV foreign output deals, the big swing money maker here on the threequel is possibly pay TV. It’s not clear if MGM is putting the movie through it’s Epix Pay-TV deal or negotiated a separate rate with another pay cable network, but if it’s the latter, it’s gravy according to sources, and could possibly realize another $10M-plus.

Studios continue to remain officially quiet when it comes to their PVOD revenues, even though a lot of movies have made their way into the home during the pandemic, i.e. Liongate’s Antebellum, Warner Bros.’ Scoob, Universal’s The King of Staten Island, and Universal/Dreamworks Animation’s Trolls World Tour of note, the latter of which sources say grossed close to $100M stateside on PVOD. Part of the silence stems from there being no central hub means, like Comscore with box office, which counts and allocates all incoming home entertainment data. That intel comes to the studio piecemeal, and it’s often delayed figures. Fandango and VUDU reported that during Bill & Ted Face the Music‘s opening weekend, the comedy charted as No. 1 on both transactional video streaming services (but they didn’t reveal any unit sales or dollar figures).

Many will still agree there’s nothing better than theatrical windows and the ancillary revenues which come from them, but as everyone tries to figure out how to monetize IP during the pandemic, Bill & Ted Face the Music helps up demystify the process.